Who's ready to get DUFFED? 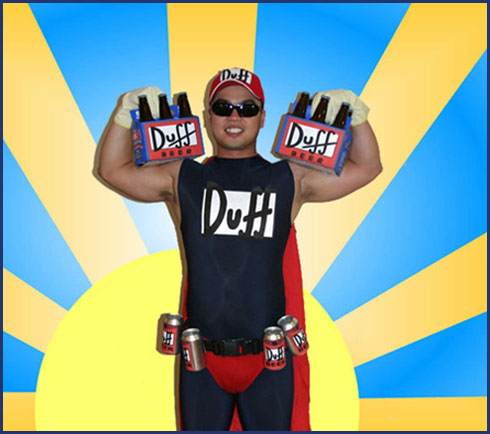 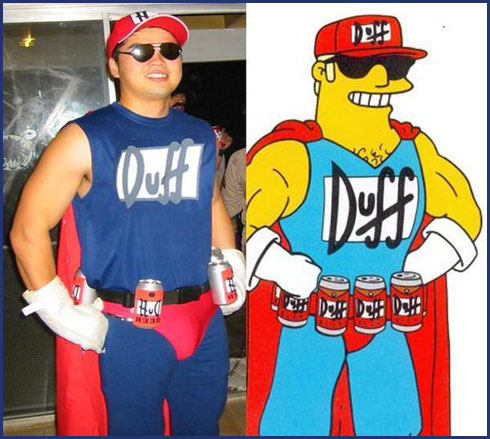 Step One: Refer to yourself only in the third person. This makes Duffman feel more important and not responsible for things he says. 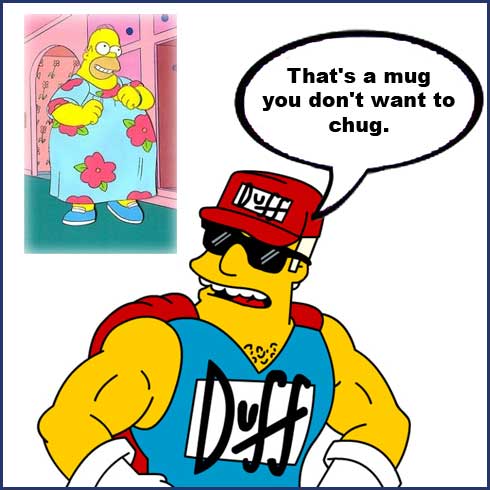 "Duffman thrusting in the direction of the problem"

Step Two: Practice your "Ooh Yeahs!" and Pelvic Thrusts
(Do extra thrusts when you hear your song "Oh Yeah" by Yellow)

Step Three: Get the Duff essentials

How to make a Duffman Costume

Try out the new Duff products.

Duff Reserve Malt Lika - a fashionable and inexpensive way to get wasted and build your street cred. Tastes so gooooood, makes you want to slap your momma. Ooh yeah!

Don't forget to pour some out for the hommies. Rest in Peace "Bleeding Gums" Murphy, Frank Grimes and Springfield's favorite trick Maude Flanders.

Duff Bull - one taste of this mind mutilating mayhem will make your head spin and say things like KaBoom and Pow! It's so hardcore it's banned in 15 states. Makes you invisible and have uncontrollable urges to head butt babies and punt kittens.

For those of you, needing an extra boost.
Try Duff Extreme - Drinking it will give you the feeling of being a gorilla riding a raging bull while dunking a basketball in a lightning storm.

Don't worry "Duffman can never die, only the actors who play him. Ooh yeah!"